I am Andy Martin (sometimes Handymartian on the internet) and I’m animator, illustrator and music maker. I make animated short films about weird planets, ego centric movie directors and idiots who look at their phone too much.

How did you get started in animation and illustration? What is a turning point in your professional career?

I studied moving image design and took my showreel to as many people as possible until finally one of those people gave me a job. I worked there for 4 years before heading out as a freelancer for more varied opportunities. I’m not sure there has been a particular turning point in my career, I think it has been more incremental with the steps towards where I am now. I always wanted to make character led, humorous animations and I’ve tried to get those type of projects or initiated them for myself.

What is your ideal work environment? Do you prefer to work in your art studio all day long or prefer to mix a few activities?

I work at home which suits me. I’ve done the 5 day a week commute into central London and I prefer the relaxed dog walk in the morning and being able to cook up a tasty lunch compared with traveling in under someones armpit on the tube and buying a 12 pound cheese and ham sandwich on a daily basis. 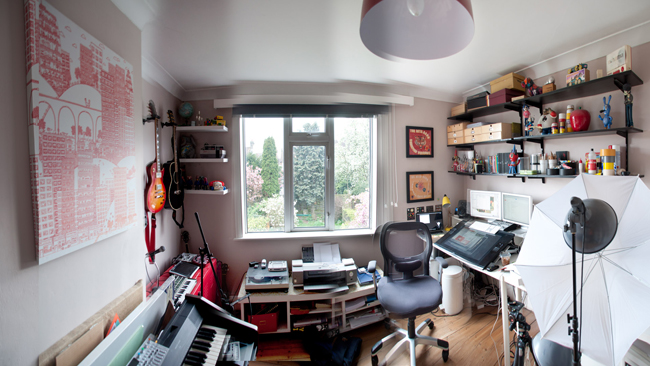 Where does your work inspiration come from?

All different places, from books I read to something I might see while out and about. My latest film ‘Mr Director’ was inspired by a documentary I saw about pianists talking about their careers, they were all super serious and pretentious. I felt like it’d be fun to satirise that type of behaviour so I made it about a film director with a massive ego talking about his career.

Where are your favorite art places in your city or outside?

The BFI on London’s Southbank shows a wide range of films (both shorts and features) and they have really great curated seasons showing both old and new stuff. I also like to watch live stand up comedy and London is a great place for that.

Who are the creatives you admire most?

I admire people who are creating stuff independently. Now the technology is much more affordable for individuals to create almost anything they want there is some really unique films, animation, comics, music, illustrations (the list goes on) that have really interesting singular visions.