My name is Andrew Lyons and I’m an illustrator living in Dijon, France. I’m originally from England but I’ve been living in France for around ten years now. My illustrations are used in magazines, websites and advertising campaigns. 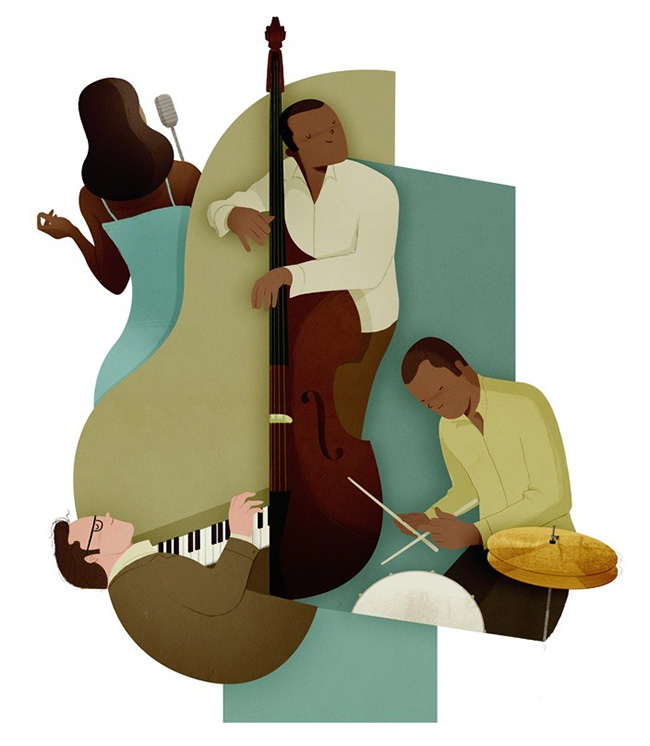 What inspired you to become a designer?

I studied Fine Art at university and originally wanted to be a painter, but after leaving university I fell into office work and lost interest in art for a number of years as I didn’t have space to paint. Then after moving to France and learning the language I decided to study design. I had been out of work for a time and was looking for a change of career. After finishing my design course however, I found that designing logos and websites just didn’t excite me much. I took to drawing again and discovered that the photoshop skills I had learned in my design course could be used to create illustrations.

But I suppose I was most inspired to illustrate from reading Hergé’s Tintin books while I was learning French.

What design software do you use?

I use Adobe Photoshop exclusively to create my illustrations. When I first started I sketched on paper and then used illustrator an finally photoshop, but now I do everything in Photoshop, from the sketches to the final artwork.

My ideal work space would be to share a large, modern, luminous studio in the middle of a forest with a group of other illustrators. But for now I make do with my small studio space in my flat.

Where does your design inspiration come from?

I’m heavily inspired by Bande Dessinée, French and Belgian comic books, most Belgian though. I particularly like artists such as Joost Swarte, Hergé, Ted Benoît, Yves Chaland, Ever Meulen. I’m also influenced by abstract painting and sculpture, hard-edge painters. Apart from these two main influences I’m often inspired by things I see walking around the town, sometimes too from seeing people on the street, how the behave and dress, these things can make it’s way into my illustrations.

Who is the person you admire most?

I admire most people who overcome great difficulties. For instance Django Reinhardt who lost the use of his third and forth fingers of his left hand in a fire and had to relearn how to play guitar with just two fingers.

How he overcame this handicap and taught himself to play again with this new technique to make such much beautiful music is just incredible.